Since its launch in 2006, Twitter has dominated the social media landscape. Boasting hundreds of millions of followers, this free microblogging, social networking app is more popular than ever. Jack Dorsey, the founder of Twitter, settled on its name based on one definition of the word: a short burst of inconsequential information. Dorsey believed that this definition described exactly what the product was (The Street). In some ways, Twitter can be exactly that, but at the risk of sounding grandiose, Dorsey’s original motivation for the name downplays the significant impact of Twitter. Look no further than its critical role in the Arab Spring; you can even relive those events as they unfold through Al Jazeera’s Twitter account demonstrating Twitter’s role as a significant record of history. Twitter allows people to stay in constant contact with each other through short bursts of communication that are ideal for the consumer of The Information Age. And while I am not prepared to compare the influence of Twitter on the Arab Spring and academia, I do want to highlight, and hopefully persuade, educators on the benefits of engaging with Twitter for professional learning.

Twitter is a fantastic digital tool for building professional networks through which the sharing of ideas and discourse can take place. I have been regularly using Twitter for quite some time now, but only recently within the last year have I intentionally engaged with Twitter for the purpose of professional development. Some of my colleagues  dismiss Twitter when I share my positive experiences with the tool. Common criticisms I hear are that it is another “thing on a screen” for me to look at or that their Twitter’s timeline is too vast and random for them to dedicate time combing through information relevant to their current search. For this module, I hope to persuade educators to see the value in using this tool to improve their professional practice as well as offer tips for how to streamline and curate your Twitter to make your interactions more self-serving and efficient.

How can educators leverage twitter to learn from and with others to improve their own practice and student learning?

Educators continually improve their practice by learning from and with others and exploring proven and promising practices that leverage technology to improve student learning.

1b. Pursue professional interests by creating and actively participating in local and global learning networks

Twitter’s character limit and the ability to organize Tweets under common hashtags make it a useful tool to elevate discourse especially during a live event. Some of the early compelling research on Twitter has been around the use of backchannels. Backchannels are a fairly new way for both educators and students to enhance their learning through a stream of online communication simultaneous to a lesson or a professional development opportunity such as a conference (Alderton, Brunsell, & Bariexca, 2011). If you have been to an education conference in the past few years, it is likely that conference promoted a hashtag to further conversations, share resources, and create more active engagement from participants.This is another way of learning conducive to large events where there would be otherwise limited opportunity for interaction between attendees and presenters. This is supported by a growing body of research showing positive results for conference attendees who were able to view and learn from Twitter streams occurring in other workshops they weren’t able to attend due to scheduling conflicts (Reinhardt, Ebner, Beham, & Costa, 2009). It is because of these early positive results that other studies were conducted to examine the ways educators use Twitter outside of scheduled professional development and the impact of this use on their professional practice.

In 2011, a study focused on a group of k-12 educators that used Twitter regularly. Tweets were categorized and studied according to: professional practice, resource, question, social (non-professional relevancy), and unknown. Tweets were also analyzed for dialogue as opposed to “unidirectional broadcast of information” and the relationship of the interactions. The research provided insight that educators who use Twitter lead to results of change in teachers’ knowledge beliefs, and attitudes towards their practice, which they argue is the main objective of professional development. The educators also highly engaged in true dialogue over 61% of the time. This is an opportunity often left out of large, organized professional developments such as conferences (though this trend has been changing with backchannels more recently). In addition, over 82% of educators chose to follow other educators or content experts that created “a personal learning network meaningful to their professional needs”. Majority of the Tweets were practice, question, and resource sharing in nature. When participants were asked to reflect on how Twitter benefited them professionally, four theme emerged:

For some, using Twitter can feel overwhelming and time consuming. As a user’s following base expands, Twitter timelines can become disorganized. This can make it challenging to use the tool effectively for building PLNs and resource sharing. Here are a few ways to efficiently use Twitter for professional purpose:

1. Create multiple Twitter accounts – this is especially helpful when you’d like to use Twitter for personal/private and professional purposes. My longest running Twitter account is my personal account. Only recently did I create a professional account representing my role in education as well as following my colleagues, peers, and other education professionals. You can have 2 accounts under the same email address which makes it easy to switch back and forth between the two on the Twitter app. Having separate Twitter accounts allows you to better compartmentalize the types of information you want to see and who you want to interact with. Although, as your professional account grows, it can still be challenging to curate your timeline to view the kinds of  information you want at the time.

2. Hashtags – these are tags (#symbole + word/phrase)  that you can add to your Tweet. The benefits of hashtags are that you can potentially broadcast your Tweet to larger audiences. For example, if you compose a Tweet and use #BlendedLearning, then any user including users who don’t follow you, may come across your Tweet when they are searching Tweets with that hashtag. This also increases your chance of your Tweet becoming a trending topic. The most popular trending topics will get highlighted by Twitter for all users.

3. Collections – these are an editable group of Tweets that are curated by a Twitter user. Each collection has its own public URL that makes it easy to share with others or embed them. This is a great way to collect Tweets you find useful and share them with colleagues and/or students (Twitter Developer).

4. Lists – these allow you to organize people into interest groups, and they can even include people you’re not following. In short, Lists provide an efficient means of reading Tweets. This allows you to customize, organize and prioritize Tweets you see in your timeline. You can create your own lists or even join Lists created by others (Goldman, 2015). You can even pin lists to the top of your Home Timeline or create a column for them in TweetDeck (more on that below).

5. TweetDeck – This is a browser based tool that allows you to organize and build Collections, keep track of Lists, search, track, and refine topics or hashtags, and manage multiple accounts. It is the ultimate platform for curating your Twitter to be more focused and obtain information more efficiently. You can do everything you could do in the Twitter app and then much more. You can customize your notifications, the size of columns, fonts, and even themes. Educators could create columns focused on strategies they are interested in like #BlendedLearning or organize columns around higher education professionals to stay current on new research and work to name a few ideas. When you add a column, you can then choose to show all Tweets or Tweets with specific media like images or videos. They could also organize columns around higher education professionals to stay current on new research and work.. I learn so much just by seeing how others are approaching how they teach the same lessons as me. Some educators are even using TweetDeck to track weekly discussions with students. Twitter’s Help Center has a How to use TweetDeck and there are also free tutorials and examples on youtube and other various websites to help get you started. Best part of TweetDeck…. It’s free! 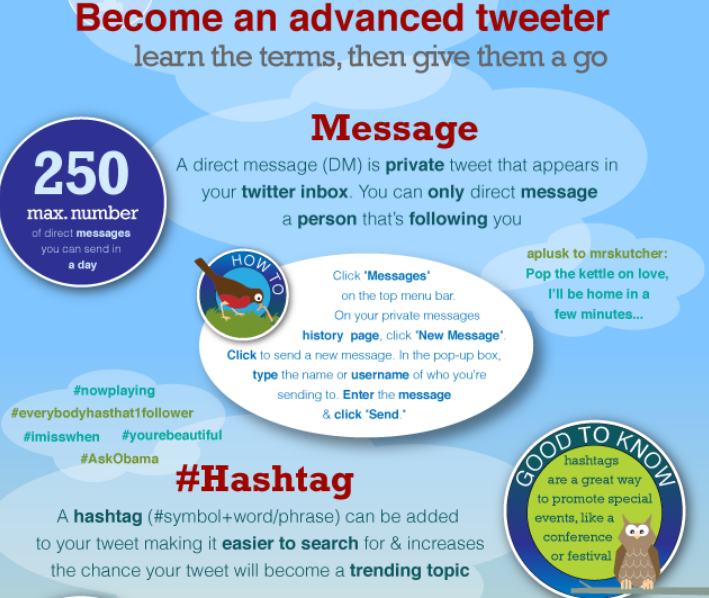 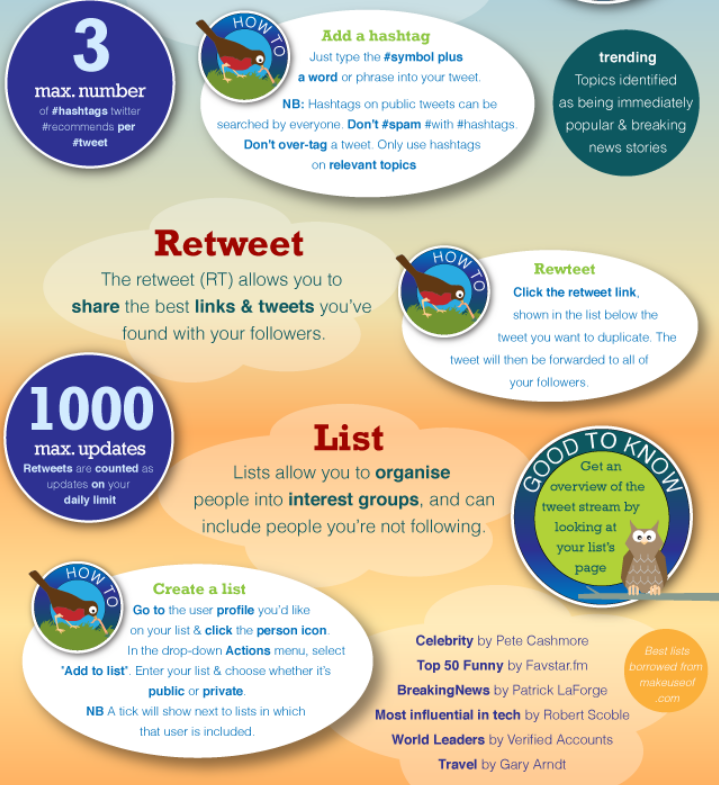 There are other products out there that do similar things as TweetDeck (Hootsuite, Sprout Social, Buffer), but most of them cost money and are more designed to help brand awareness and support a business. For the educator who is a new user with Twitter, or just a casual user, I would recommend starting with creating a professionally focused account if you haven’t already then leveraging TweetDeck, hashtags, and lists to curate your timelines. The questions that still remain for me are what educators should do with the discourse and information they receive from Twitter? How do you share this information with staff who don’t use Twitter? How might info and discourse from Twitter support PLC goals? I may explore this later in the DEL program.

Penny for your thoughts? Leave a reply... Cancel reply